If you ignore problems, it’s as if they don’t exist. Merely will them away. It’s just like Neo bending the spoon in The Matrix — it becomes easy to deal with any problem, because “There is no problem.” 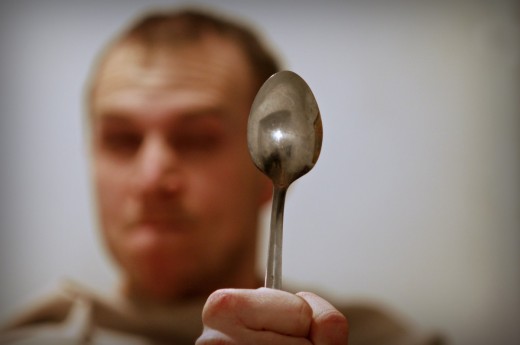 I hate it when people dwell on problems. Or even acknowledge them at all, for that matter. It’s common knowledge that if you ignore problems, they will simply fade away on their own. It’s basically confronting problems with your back to them instead of facing them head on.

Plus, if you acknowledge a problem, you essentially ARE the problem. Everyone was fine being blissfully ignorant of all that is wrong with the world and then you had to go and ruin it with your nay-saying. No one wants to be around negative people!

So then, never acknowledge problems. Ignore them…. um, proactively. Yes, that’s the word for how to do it — proactively.

But why not just confront them?

Though confronting problems can potentially be effective, it is way too risky. I mean, what if you fail? Then you’re just staring right at the problem up close, smelling its nasty garlic breath. That, and it’s a whole lot more work to solve something instead of willing it to stop existing entirely.

Still, let’s entertain the thought that confronting problems might work. How does it compare to my strategy? If I’m honest, avoiding problems altogether has the significant advantage of complete ignorance of the details of the problem. You never even need to realize what the problem actually is!

Thus, if both strategies are equal, mine is better.

On the other hand…
We don’t want to admit it, but we do this! We are “too busy” to make that difficult phone call. We put off confronting a team member about his lateness until it happens again. We find logical reasons why we can’t start the gym membership this month.

Every time you ignore a problem, it becomes bigger and you become weaker.

Every time you confront a problem directly, it shrinks to a mere inconvenience and you become more disciplined.

Take a moment and confront that problem you’ve been ignoring.
-Andrew

What problems cripple you? What one task are you avoiding right now?