The man fed his large dog a can of dog food like normal. Like normal, the dog whimpered, requesting more food. The man was curious when the dog would stop eating if he kept giving it food.

The next day, the man conducted an experiment. 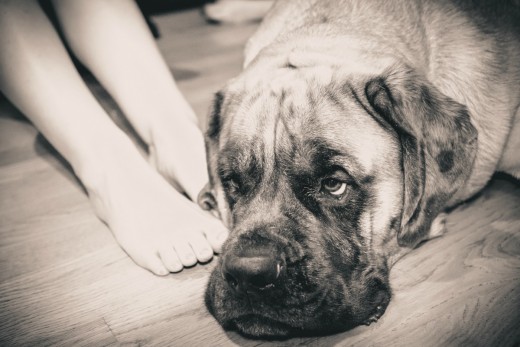 The large dog ate up his normal can of dog food. Testing the dog, the man put out another. The dog ate that can, too.

And another. And a fourth — yet the stuffed dog still wanted more food!

The dog was harming itself by getting its desires. The man confirmed the dog should not get what it wants, for what it wants is not good for it.

The man stopped the exercise out of love for his silly dog, who would have kept eating with no restraint.

What you want could be the worst thing for you.

I wanted to quit college so many times out of frustration with my studies. But I didn’t.

Wife and I wanted to buy a house which would have been a time and money pit — not to mention an anchor. It would have kept us from moving to be with family in dire times.

I wanted to stay at my old job and I dragged my feet while leaving. In retrospect, though, it was great for me to get fired, and it freed me to discover a career which fits my God-given shape much better.

You want things right now which will only do you harm.

And I pray you never get any of them.

What is one thing you want which would only do you harm? Be vulnerable for a moment and share it below.
Category: Big Picture