One time while playing Settlers of Catan with friends, we all decided to introduce a variation. We had all played it many times and wanted to see what would happen if we changed one tiny detail.

Instead of hiding our cards from each other like normal, we left our cards face up on the table. Now everyone could see everyone else’s hands. 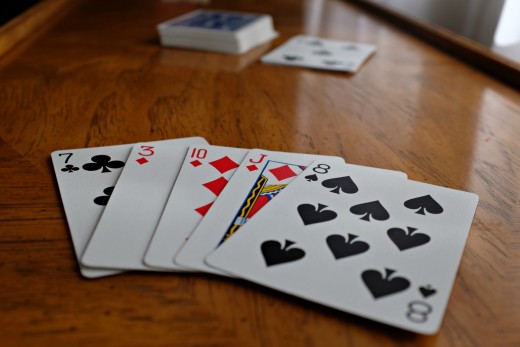 You might think we took advantage of this knowledge and exploited the opportunity to thwart your opponents. You might think the game was a wash. Or the end result was a landslide for one opponent who worked the system, gaining an unfair advantage.

When it was time to take another player’s card, I just took the one I wanted. Well, only kinda.

If I needed one of two different cards, I took the one which allowed him to accomplish his goal, and me to accomplish mine. We all played this way.

It was oddly synergistic, despite the competitive nature of the game.

You probably know by now this post isn’t about board games or cards.

It’s uncomfortable to be exposed and vulnerable to others. With no wall to hide behind. No ulterior motives.

However, when your integrity allows others to understand your intentions and actions, lasting trust develops.

Transparency is very scary (at first).

Yet it’s the only long-term strategy which really works.

What would it be like to play with all of your cards face — up all the time?
Category: Big Picture