I was working late one evening. It was dark when I arrived at work, and it was dark before I went home, thanks to the time of year. Nigel caught me on my way out and asked if he could speak with me privately. 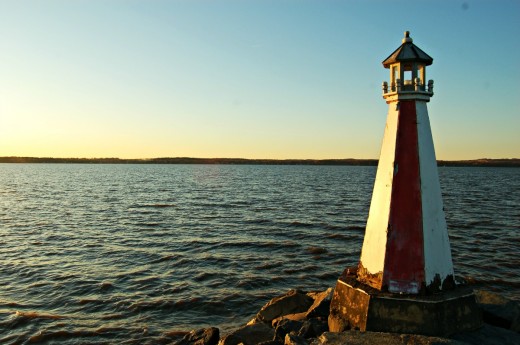 During the informal meeting, my spirit broke into a thousand pieces. Frustrated is such a mild way of describing how I felt afterward.

Until that point, my attitude was bleak and my decisions were poor. I was burning bridges at the company I previously loved. Not surprisingly, Nigel was quite upset about some things I had done, since they strained our relations with our hard-to-please client. He let me know how my actions were making everything worse.

I won’t justify my actions. Let’s just say it was a tough environment between our company and the client. And I let it get to me bigtime.

I could now see those were poor decisions on my part. I could now understand there were better solutions for the problems at work. I could now see my actions were making things worse for our company. I already felt bad about how things were turning out.

Most of what he said was true, but most of it was water under the bridge. I was completely cut off from fixing those situations, and yet there we were, re-opening deep wounds.

Things sucked because of me, as he made clear, and I wasn’t even able to repair the damages. (I now know how important it is for a man to be able to clean up his own mess!)

So it just felt like I was a dog getting my nose rubbed in a month-old urine stain on the carpet.

As Nigel threw out daggers of blame and shame in my direction, each blow landed in tender, vulnerable places. My spirit sank as he raised his voice, piling up problems with my name on them right on the conference room table. Needless to say, I felt like a million bucks.

After many charges and accusations, there was a pause for me to respond. I had almost given up on speaking by this point.

I was shaking anxiously, and I said the only thing in my mind.

But I was quickly cut off by a now red-faced Nigel, now standing up and towering over me in my chair, yelling “YOU’RE NOT ALLOWED TO BE FRUSTRATED!” while pounding his fists angrily on the table.

I couldn’t believe he just said that. It was so surreal.

I didn’t dare say a word after that, and I didn’t make it to the car before bursting into tears.

It is safe to say this was a low point in my life. It was near the beginning of a two-year winter, leading to my need to forgive Jersey months later.

However, I’m now glad for the experience, and I will never forget what I learned.

I learned truth in that conference room, while an angry man pounded his fists and raised his voice, tearing away at my innermost parts while spitting on my feelings.

You are allowed to be frustrated.

No one can take that from you. Again, it’s okay to be frustrated.

And even when no one else cares to listen to your frustrations, remember your God waits for you to bring your troubles to him — even if you are the cause of those troubles!

And even if he’s the only one who cares, it will be enough.

When you are frustrated, what will you do to help the situation?
Category: Growth