Allow me to share how I learned to forgive Jersey. I don’t have any problem with New Jersey the state, per se, but it is the symbol of my frustrations from that time in my life. In the Tumbleweed post, I mentioned how we resigned from our jobs to move from Jersey to Florida. What you might not know is how inevitable my resignation was — even if we didn’t need to move.

It was a bleak situation at work. It is fair to say things were incredibly frustrating, even though my response definitely made everything worse. 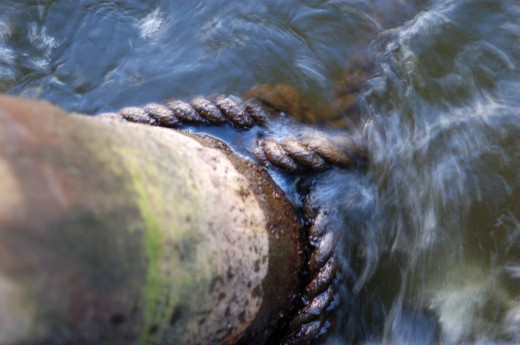 A few coworkers wronged me in deep ways, and it left me reeling in despair. These were people I trusted and relied on. Soon after, my joy at work dried up entirely and I dreaded every workday with a constant horrible feeling in my gut. I became bitter and depressed, rotting away from the inside out.

When we quit our jobs and moved, I was temporarily relieved. My bitterness continued, though, despite leaving Jersey, the symbol of all our frustrations.

Why was I still bitter?

I had moved on, but I was still clinging to my victim mentality. I hadn’t forgiven anyone yet. My offenders still had power over my emotions.

and The 7 Habits of Highly Effective People

, changed my perspective from victim mentality to proactivity. It helped me realize the proactive man has control over every situation, whereas the victim is has no power of anything.

I finally understood why the awful feeling in my gut was still there — because I chose to harbor bitterness toward others and refused to forgive them! Meanwhile, they probably never realized how much they hurt me in the first place! Here I was, miserable even after quitting, while the people who wronged me aren’t losing any sleep at all.

Forgiveness was my key to enjoying life again. But how do you forgive someone when it’s too late to restore the relationship?

I was finally able to forgive Jersey through three exercises:

Now, I am free from the torment of bitterness. I no longer have a wretched feeling in my gut. I could see my offenders again and smile sincerely. As a result of this experience, I will be quick to forgive from now on, knowing it provides peace in my heart.

But why forgive? Am I suggesting you forget the offense or put yourself into a position to get hurt again?

NO! That is foolishness, not forgiveness.

You are allowed to be frustrated with your offender. But don’t stay there too long! You can free yourself from your own prison through active, intentional forgiveness.

And by forgiving others, maybe you’ll be forgiven one day, when you need it badly.

Do you have anyone you need to forgive? What good is it to hold onto the offense?
Category: Perspective