Milk production capability for all it is worth! Slaughter the goose to get its treasure now. 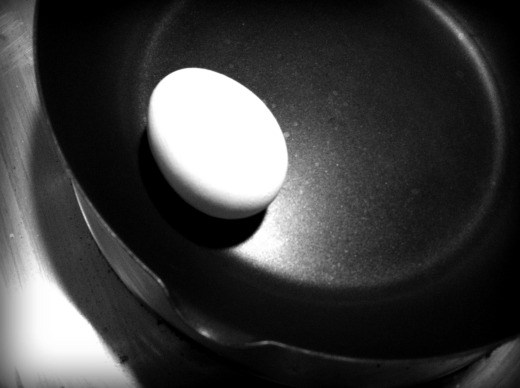 Why would anyone take months if not years to develop a grand, intangible vision when he can work his employees to death right now to make a hefty profit?! There is success to be milked and I’m not going miss the opportunity.

If I am a fun boss, we will all just hang out and have a great time. Later, I will be forced to jump down everyone’s throats for partying and not being productive, and they will hate me for cracking the whip. They will despise me for ruining their companionship.

Morale should be minimized, while productivity should be maximized. There is no balance.

Enter the story of the goose that laid the golden eggs. The man has a goose which lays eggs made of solid gold, one every day. He became very wealthy, as you can imagine. He grew impatient waiting each day for another golden egg, so he slaughtered the goose, hoping to get the rest of the eggs all at once.

Killing the goose, however, didn’t reveal any more eggs. Poor guy! Or so I thought, until I realized what really happened…

The moral of the story is he waited so long to cut open the goose that all the golden eggs were already gone!

If he had cut the goose open the day he first found a golden egg, then he would have been incredibly wealthy from the very beginning! He would not have wasted all that time waiting day after day for months. What a foolish man!

He didn’t realize keeping that wretched goose alive and fed and comfortable was a complete waste of money and time and effort. He didn’t understand there is a scarce amount of success in the world, and his would eventually run out. He thought cutting open the goose would reveal a wealth of golden eggs. But in reality, the goose had just laid its last egg by the time he figured out how to get them all at once. This story reminds us success is fleeting and inconsistent and it should be wrung out for all it is worth any time it appears.

Lesson Learned: Quit wasting your efforts maintaining the goose and slaughter it already!

On the other hand…
The goose is only able to produce golden eggs when it is alive and well. Take care of it continually, at all costs. Even if that takes away from the gold produced.
-Andrew

Why do we forget to maintain the goose?