Wife brought home a brand new pair of scissors for our “pen cup.” You know, the mug with all of the pens and screwdrivers in it. 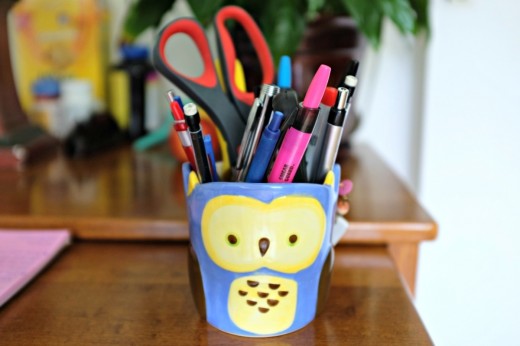 How wasteful — especially since we already had a pair of scissors!

Technically, we did have a pair already. But let’s be honest — they were pretty dull.

Wife’s family grew up with the pen cup full of writing utensils which wouldn’t write. It was some sick tradition to go through half a dozen pens each time you wanted to write something down.

It was a similar situation with scissors in her household. As if by rule, all scissors had to be dull. Worse yet, they were usually sticky from the last time someone cut tape with them.

As adults with our own household, we are officially displacing these traditions.

Wife bought a package of pens awhile back.

I haven’t purchased pens in a decade! Why would anyone need to buy pens when every bank, realtor, church, and pharmaceutical gives them out like business cards?

Well, those are the pens we removed from the pen cup — and threw away — because barely any of them worked after a few months.

I was skeptical of this “purchasing pens” habit at first, but now I’m sold.

Similarly, wife bought scissors last week. You know why? Because scissors go dull after years of regular use, and a lousy four bucks took care of that for a long time.

Between a package of pens and $4 scissors, we released tension and frustration caused by tools which don’t work well.

This was a simple exercise to minimize hassle, gone well.

What little things create hassle in your life, eating away at your productivity?
Categories: Displacement, Hassle