My first job was tending rosebushes. I worked for a gardener wonderfully skilled at growing large, beautiful roses. 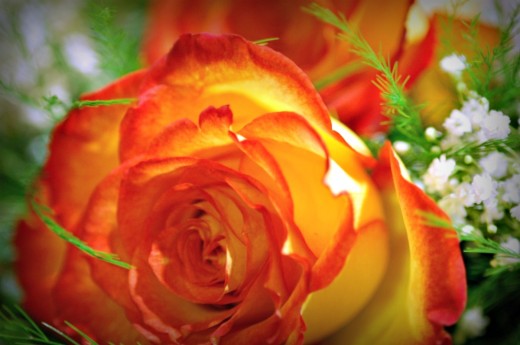 But her plant care methods were always a bit… well, harsh.

As you would expect, she regularly trimmed all dying branches of her plant. Everything brown and dead was removed, leaving a cut stub.

Likewise, she would prune away anything that was wilting or pathetic. This included spotted or otherwise yellowed leaves. She even severed all roses that had already bloomed. A bit drastic, but I guess so.

Great! Now we’re all done, right? The dead and wilting parts of the rosebush are all pruned. And even all blooming flowers. Next plant.

All green branches were examined, and any branch that was not producing as much as the others was pruned.

And, to top it off, she would even cut off some of the rosebuds. Yes, even the buds! This was when I knew for sure she was crazy.

But some time later, there were gorgeous roses blooming.

Why? And How? I thought she hard nearly killed the plant!

Well, she had. Since the plant didn’t have to split its resources among many unproducing branches and wilting flowers, there was less competition for growth.

And that allowed the plant to focus every bit of its energy into new life, the remaining buds.

Which could then grow into beautiful roses.

How could this concept help you right now?
Category: Discipline