“I can’t go out to lunch with you guys today. But I can go next week.” Nothing but blank stares from coworkers. Insert one more attempt to explain.

“It’s the end of the month, and wife and I already spent all of the restaurant budget. Next week is a new month and I can join you for lunch then.” 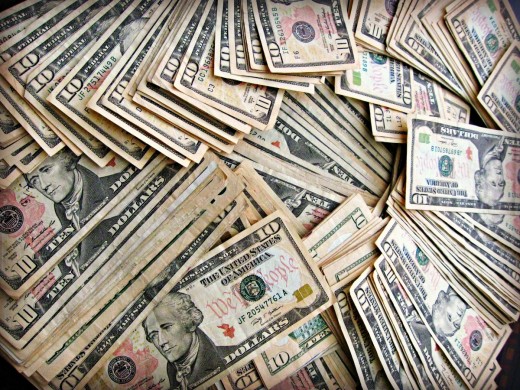 Experiences like this happened to us often in New Jersey. Eventually, we gave up on sharing our financial wins with coworkers. These wins were so encouraging to us, even though no one around us cared.

But this is when we realized that, no matter what others say, getting out of debt can be fun.

Yes, I did said fun!

I highly recommend Financial Peace University because it is the best wisdom I can find on how to get out of debt and build wealth — and I’ve done my research! I even lead classes, I believe in it so much.

Plus, I’ve seen firsthand how much FPU can change a family’s financial trajectory. For example, ours.

Wife and I are, well, a bit competitive. And by a bit, I mean a truckload. Whether it’s Guitar Hero or the quickest way home, we compete over the most random stuff. Often against each other, though we choose not to keep score.

This time, though, we were united against a common enemy: debt.

We trimmed our budget down to nothing, like it was a contest. We made it a game to throw as much money as we could at our student loans. (You’d be surprised how little money you can spend on groceries when you’re excited about it!)

We ran some numbers. With an aggressive plan and by applying our current savings, we could be out of debt in just 7 months.

But we couldn’t help trying to beat that time…

Just five months later, we called up The Dave Ramsey Show for our debt-free scream. I’m telling you, it was a blast!

Wife and I have many weaknesses and flaws, which we’ll talk about more in other posts. But finances are an area we decided to tackle every month with a powerful weapon. The weapon is the dreaded “b” word — a budget.

There’s nothing preventing you from doing the same. You could get out of debt — and in a fun, fast way — aside from your attitude and your perspective. Planned neglect is the key.

We intentionally set aside anything which kept us from our goal of debt freedom. Consider declaring debt the enemy and do the same. Then start on a big emergency fund.

This is planned neglect, and it’s incredibly potent.

It’s sad how ineffective we are when we spread our efforts razor thin over a hundred good projects instead of a single great one.

What is your enemy right now? What if you combined all of your efforts to defeat it? How quickly could you overcome it?
Categories: Displacement, Money