[At 8:05am, on his third day at his new job, David sits down at his desk. He is the first of all his coworkers in the big room filled with cubicles to arrive. Realizing he forgot to put his bag lunch in the office refrigerator, he does so. On his way back, he walks every aisle of cubicles, glancing in each one. More than half are empty. He logs into his computer and begins installing and configuring software, picking up where he left off the day before.] 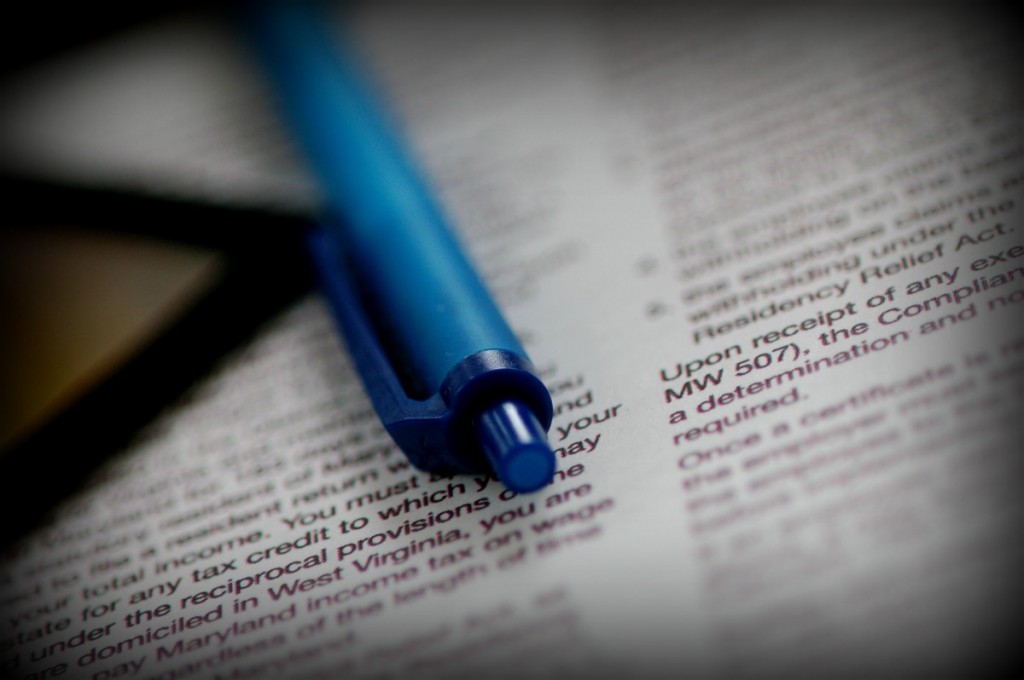 [An hour later, in the middle of a long installation, he pulls out his work notebook and takes notes. He writes the date and his arrival time, but stops halfway through a number and looks at his pen. He shakes it and writes again, but only for a few seconds. He repeats this process twice more.]

[He hears someone walking to the cube on the other side of his wall. Larry is here.]

[Eventually, he lays the pen on the desk and grabs another from the cup of pens on his desk. He finishes writing his first few notes about software installations, but once more pauses, shakes the pen, and attempts to write again. He does this once more before laying down this second pen and obtaining a third from the cup.]

[Mumbles float right through the thin cube walls and distract David. He pauses to focus on the words his coworker Larry is saying.]

Larry: [Speaking very angrily yet very softly, in a low pitch, as if whispering harshly to someone on the phone] “This is such a … mess. How can they expect … project by the deadline? … never get done in time … ” [There is more mumbling, but it is unintelligible]

[David opens several PDFs Larry recommended the day before. One is 500 pages of technical information about the project he and Larry will be working on. David is to become familiar with the systems involved.]

[There is much more installing and reading PDFs and taking of notes. David researches certain aspects of his project online, hoping to at least gather a mild understanding of its functions. Time goes by incredibly slowly, but eventually the workday has ended.]

[At 5:05pm, David sighs as he walks out the front door after day without any personal interaction with Albert, Janet, or Larry. Or anyone else in the company, for that matter.]