Did you know there is a “magic ratio” which reliably predicts whether a marriage will last? 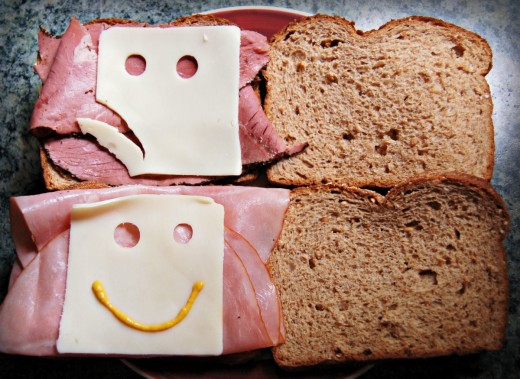 Well, there is. It sounds overly simplistic, but it’s not.

The mathematical model of relationships was created by psychologist John Gottman, Ph. D. He is famous for a 1992 study noting positive and negative expressions between couples.

If a couples’ positive expressions outweighed negative ones by only 5-to-1, they were headed for marital trouble (and most often divorce).

And the studied proved to be 93.6% accurate in predicting which couples stayed together years after the study.

(Now I’m no psychologist and this is just a theory, but I can’t help trying to connect the dots!)

I am constantly seeing the devastation caused by pride — particularly in marriages.

Wife and I were eating dinner with a married couple. Wife and I were glad for the opportunity to learn more about them. But the conversations kept turning sour.

The husband turned every topic into a dagger thrown across the table at his wife. The wife, in turn, caught his bitter yet polite insults and jabbed them right back in his face.

You may have guessed it was far less than the “magic ratio” of five positive expressions to one negative one.

Wife and I were shocked at how venomous they were toward each other at an otherwise peaceful dinner — with friends no less!

Most of the marital tension like this points right back to pride. The husband could not stand to be perceived as an equal to his wife. The wife could not pass up an opportunity to mock her husband’s immaturity.

Pride, and pride in return.

Each time the desire for pride outweighs unity, the bond between man and wife deteriorates. Each time humility conquers pride, marital unity strengthens.

Pride has no place in a thriving marriage.

Is your pride preventing you from having a thriving marriage? What will you do about it?
Category: Relationships