Wife was grocery shopping with daughter yesterday. She was hurrying around, as usual, when she stopped and realized something powerful. 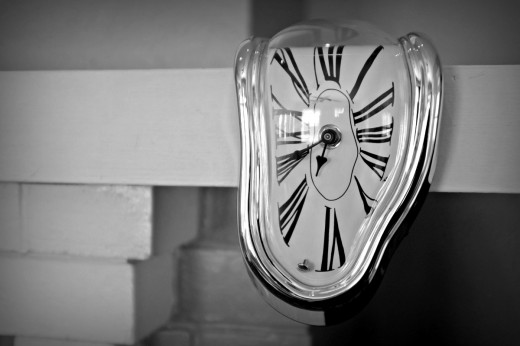 Nothing was pressing. There was no deadline for returning home. No other duties were demanding her attention.

What would you do in her shoes?

On the contrary, there’s always something you should be doing, right? There’s always another task to cross off the endless to do list. If you’re bored, you’re surely forgetting something urgent.

Whenever I encounter a life situation like this, I try to establish the guardrails. This helps me uncover the balance between them — the target which calls us.

It seems the one guardrail is being over-productive. Over-ambitious. Caring about too much — maybe everything.

That said, the opposite guardrail would be not caring at all. Unproductivity and ineffectiveness. Laziness.

In between those two guardrails is a path worth traveling. One which requires an integrated life.

For lack of a better term, let’s call it a mix of peace and productivity.

Wife was able to separate herself from her default script — hurrying. She stepped outside herself and was able to analyze her actions. (It’s all about the meta!)

In an instant, she snapped out of her previous paradigm of anxiety and settled in on the path of peace and productivity.

Thus, wife relaxed and strolled through Publix, enjoying the time with daughter.

There was never a rush. It was perceived, and so it was felt and stressful.

If you are always hurrying then you may be missing out on the path due to hugging the guardrail.

But there’s no rush.

And it feels great to both realize it and live it out.

Do you tend to rush through activities? Which ones… and why?

FYI: This marks an entire year of Leadership Vacuum — my sincere gift to you, Reader!