Nowadays, people just ignore mission statements. They are no longer relevant, much like the obsolete “blue laws” still on the books in most states. They might have had significant meaning once, but now they are just something to be snickered at when stumbled upon. 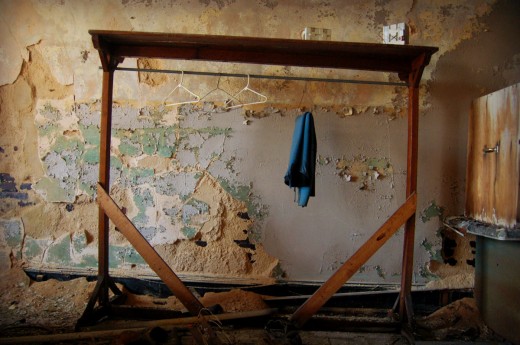 In fact, that’s exactly how it happened for me.

The conference room door was shut as I walked by today. I normally only see it open, so the small framed document hanging on the wall behind the door immediately caught my eye. It is usually hidden completely by the open door. I started reading it out of sheer curiosity, but didn’t get past three sentences I burst into laughter. My eyes were watering I was to laughing so hard, and my stomach hurt.

“That’s nothing like how this company actually operates!” I spoke in the quiet hallway. “I don’t know what this is, but it must be a joke.”

Just as I finished, Samantha angrily opened the conference room door, covering the picture, to stare death in my direction from several inches away. All of HR was meeting together and it seems they thought I was commenting on their discussion. (Normally, I would have been listening in, but not this time!) I turned and walked away, but only until she closed the door.

I hurried back to stare at the framed document once more. That’s when I realized what it was — my company’s mission statement!

And suddenly I was proud. Why, you ask? First, I helped decide the words that would be placed on the wall, only to be ignored.

Second, it takes determination to write a mission statement like that and yet function so differently! I was suddenly pleased and quite smug with how well my company is talking the walk.

May your company go and do likewise.

On the other hand…
Your mission is nothing to be hidden. Display it proudly, refer to it again and again, embody it with your own actions, and build it into your company’s culture. If you don’t live out the mission as the leader, there is little hope of fulfilling it.
-Andrew

In what ways are your daily activities consistent — or inconsistent — with your mission statement? Be specific!

Andrew’s Note: This is based on the day I stumbled upon the mission statement hanging on the wall. I had never seen it before — and I had been there for months! It was never discussed or referenced, and definitely played no part in how the company operated…
Category: Big Picture