This would be tough. We had just a few hours to move nearly everything from one car to another.

By nearly everything, I don’t mean luggage. I mean the engine, transmission, suspension, some interior pieces — even the shock which holds the hatchback open! 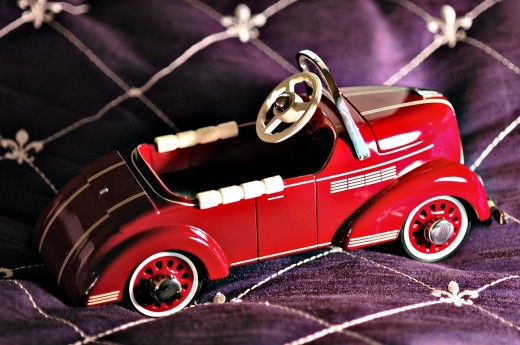 But the old vehicle had a manual transmission while the new one had an automatic. How was that supposed to work out?

This is when I learned how great frustration breaks can be.

Our family mechanic’s son, Frank, loved tuning and racing cars. One night his parked car was hit by someone and the frame was bent. Not good.

He bought another car nearly identical to his, and this was the only day to swap everything over to it using his dad’s repair shop.

You might be surprised how quickly you can swap an engine and transmission with the right tools and several gearheads. Things were going fairly smoothly.

That is, until Frank started doing the wiring.

The trick was mating the wiring harness for a manual transmission to the car intended for an automatic. Let’s just say it requires significant work and concentration.

He sat on the ground with his head in the driver side foot-well, staring up into a mess of wires under the dashboard. Almost an hour went by. It wasn’t looking good, and Frank was obviously getting more and more frustrated by the moment.

So we all took a frustration break.

When he came back, Frank was able to quickly find the problem and finish the wiring.

Not bad for a twenty minute break!

I’ve thought of this story a thousand times since, as a reminder to take a break when I get frustrated. Yes, it takes time away from the task, but the task will take much longer if you do not pause and refresh as needed.

Too often, we talk ourselves out of breaks. We keep chopping away — because there’s just no time for sharpening!

Which is excellent way to get poor results while wearing yourself out.

What helps you get back on track when you are frustrated?
Categories: Growth, Management