It’s overwhelming to imagine the problems you find are yours to solve.

I approached my pastor at our old church and said his sermons were intriguing. However, no one else could benefit from them because they aren’t recorded. Feeling brave, I bluntly told him the audio from the sermons needed to be recorded and published every week as an online podcast.

He agreed without a moment’s hesitation. 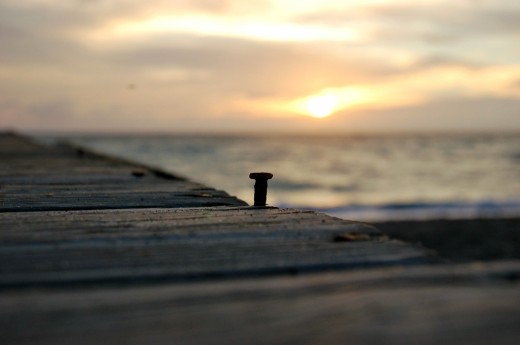 I’m sure you have found plenty of problems over the years. They’re easy to spot and complain about.

But then what? Do you expect someone else to drop what they’re doing and fix something that’s bothering you? This is highly unlikely, and it is silly to expect.

In a stroke of great leadership, the pastor put the problem right back on my shoulders.

“You’re absolutely right. And you are in charge of making it happen,” he said confidently while patting me on the back, right before he walked away.

I found the problem. I was annoyed by it. I even pointed out the problem to others. But there was no one to jump up and solve it.

It is your duty — no, privilege — to take ownership of the problems you find. Don’t push it on the next guy.

Step up, own the problem, and solve it. Even if only for your sake (at first)!

We need you to clear the way, simply because you see it needs to be done.

I researched the process. I created a podcast in iTunes and set up an RSS feed. I found a decent way to record the sermon audio. It was a ton of work at first, but gradually I improved the process to require much less time and hassle.

Eventually, people all over the world started listening each week.

The benefit to solving problems is initially your own. It is a phenomenal feeling of accomplishment and purpose.

But in the end, the problems you find and solve are a service to those who follow.

Name one problem you have right now that you can solve. When will you start?
Category: Discipline