Appropriate discipline is extremely beneficial to one’s development. But now I’m realizing something else — the timing of corrections is critical and directly affects one’s trajectory. 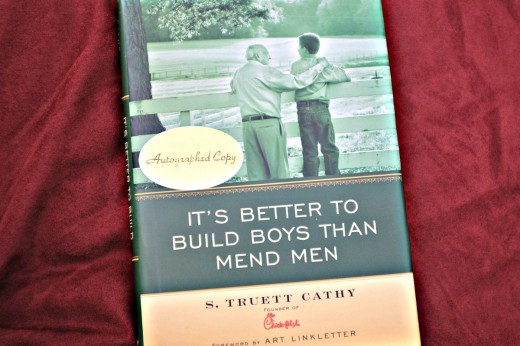 Two boys each steal something. One is caught immediately. The other gets away. Which one is better off?

Corrections prevent us from doing whatever we feel like. They shape our perspective of what is right and wrong.

Yet how important is the timing? Is it better to be disciplined and learn hard lessons as an adult, or as a child? The more I research the topic and examine the experience of others, it seems that timing of corrections is crucial to a person’s trajectory.

Back to the two boys who stole. You might say the one who got away is better off, because he can change his ways without harsh consequences for his actions.

And I strongly disagree.

The boy who got away with stealing is not likely to change without correction. Since he was successful, it is likely he will steal again and again, until one day as an adult, he gets caught for robbing a bank. Suddenly, the consequences of years of reinforcing a destructive habit will catch up with him in prison.

The boy who is caught the first time he steals will benefit greatly from discipline and correction. He has the best opportunity to learn the loathsome consequences of stealing, and can change the trajectory of his life by learning from a single negative experience. If the lesson takes root fully, he will never steal again.

Truett Cathy, founder of Chick-Fil-A, has this to say about young men:

I enjoy teaching Sunday school to thirteen-year-old boys because I can spend an entire year building relationships with them. We often talk about morals as well as common sense as they grow into the age where they will make decisions — good or bad — that will have lasting consequences. At age thirteen boys are quickly becoming men. They’re physically able to handle a horse and a small motorbike, and they’re mature enough to take more responsibility. In fact, in recent years I have considered dropping back and teaching eleven-year-old boys, because these days by the time they’re thirteen, some children have already set their lives on a course for trouble, and they can be hard to reach. It’s an important time to reinforce the lessons they have learned before they step into adulthood.
— S. Truett Cathy, It’s Better to Build Boys than Mend Men

Both boys learned the same lesson. Yet the boy who learned it sooner required a much smaller correction to get the point.

What lesson are you glad you learned early on? Or, what lesson do you wish you had learned much sooner?
Category: Management