As a child, I had tons of great ideas. I invented and designed things all day long. Every idea I had was just as good as the next.

But as an adult, I felt like my well of ideas had run dry. Do you ever feel that way? 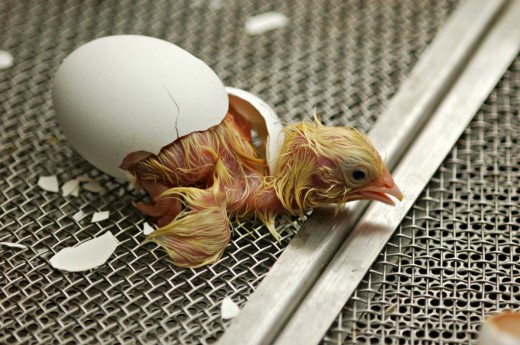 What happened to my creativity and my inventive spirit? Why haven’t I had any good ideas in a long time?

Well, I finally realized a couple of things.

First, aspects of the brain are comparable to muscles. If you don’t use a muscle for long time, it weakens and atrophies. The inverse is also true — take memory as an example. The more you try to memorize information and demand that ability from your mind, the better you will be able to remember things.

I wasn’t using my creative muscles, and they were wasting away. I decided to encourage myself to have ideas by writing down any idea I had.

Let’s be honest, though — some of my ideas are just plain awful.

But that brings me right to the second realization I had! I was being much too critical of my ideas, even while they were brand new and raw and under-developed. I was skeptical of every imperfection in any thought I had. And every time I criticized my own ideas, I mocked my creative muscles for their achievements. It was a negative feedback cycle, making it harder for me to produce ideas because I was discouraging myself each time.

Which is pretty silly when you think about it.

Why would I pick on a newborn idea that has had no time to mature and defend itself? Why try and make complete rational sense of an idea when you don’t even know how to apply it?

So in response to these ideas, I started doing two things.

First, as I said above, I started writing down every idea I had. Goofy or brilliant, money-making or money-wasting, I write it down enough to jog my memory later. This way, I am thanking my mind for its creativity and asking for more.

Second, every idea will be protected and incubated until it has matured and can defend itself. I decided not to pick on logical fallacies in an idea I had just written down. It didn’t have to make sense or be able to make money or save the world. Ideas need a safe place to grow and develop, or else they will wither away.

Even if an idea stinks, it is the result of using my creative muscles — which strengthens those muscles and increases the quality of ideas produced over time.

Since I started incubating my ideas a couple of years ago, I’ve had many. Not all of them are million dollar ideas, and nor do they need to be.

Let’s just say I haven’t had a shortage of ideas since.

Do you regularly allow your mind to wander and dream and create? Do you give ideas a safe place to grow and mature without criticism?
Category: Motivation