This post is a thank you to all of you who force everyone around you into the complicated arms of digital technology. Often long before they are ready. You know, all the people who are hesitant to embrace “tech” — which can mean anything that has a battery, a screen, internet access, or a child glued to it watching “Monsters, Inc” for the 20th time in a restaurant. 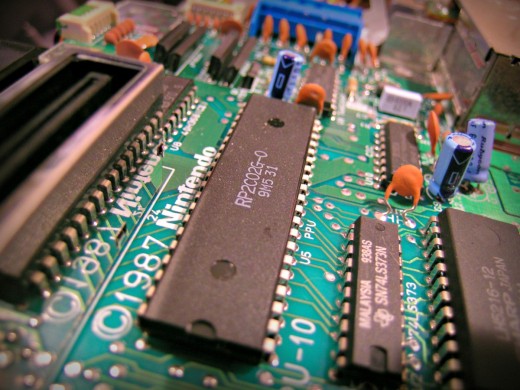 You are rescuing others from their technical ignorance!

Why do you do it?

Well, because it’s obviously good for them. Surely they are dying to embrace all the newest technology, but for some reason they are unable to jump into the digital world on their own.

I would say you “push” them, but that’s harsh. It’s more like the gentle “two hand touch” in a jovial game of football. (Actually, my friends and I called it “two hand tackle” because that’s all we could play at private school. Basically, you got one solid “touch” to knock them out cold!)

Overwhelming others with gadgets is a blessing to them. If you find it useful, they probably need it and just don’t know it yet.

Who are you “helping?”

Well, anyone from your grandmother to the old man running his shoe shop on the corner for the last thirty years. They need you to throw them into the river of digital life so they will either drown or become techies.

What if they don’t figure it out quickly? Or at all?

Well, some nice young man in the sound booth at church will show them how it works. Or that lady next door who “does stuff online.” Pretty much any younger person who doesn’t look like an artist would love to hold their hands and clean up their digital mess for you. We would help them ourselves, but we’ve been very busy. Remember, we just disperse technology, not show people how to use it.

Actually, why don’t you help them out — I hear you’re great with computers!

And that is what I like to call a Digital Drive-By.

On the other hand…
To all of the offenders like this:
STOP DOING THIS TO PEOPLE WHO DON’T NEED TECHNOLOGY. YOU CREATE HAVOC AND WALK AWAY. THIS IS NOT A BLESSING TO THEM!

Let people decide their own level of digital comfort. They will pursue tech if and when they want to.
-Andrew

Why is it so tempting to enforce a solution that worked for your specific case?